The Inconsistencies Between SARDS and Cushing’s

In this article I’d like to address a common misconception — the idea that dogs with SARDS also have Cushing’s disease.  This is outdated information.  Furthermore, I’ll explain why promoting this idea can be dangerous.

Cortisol hormone also provides energy to the body. It signals cells to do their work. Some cortisol is necessary for life.

Cortisol is a steroid hormone. When cortisol is produced in excess by a Cushing’s tumor, it causes signs of steroid excess such as increased appetite, thirst, incontinence, and elevated liver enzymes, cholesterol, and triglycerides.

Since practitioners are taught only about Cushing’s disease in school, it’s understandable that this is where their thought process takes them.  But as more literature becomes available – especially in human health care – it’s clear that other forms of adrenal dysfunction exist.

Because these sex hormones are produced by the adrenal gland, the dog need not be intact to produce them. They are readily produced by spayed females and neutered males.

Dog owners deserve to know about the adrenal dysfunction that afflicts these dogs. These owners are up night to let the dogs out. Their job performance suffers during the day.  They return home to garbage strewn across the floor. Accidents on the carpet. Aggression. Confusion. Depression. They deserve to know!

Before I proceed, here’s a quick review so far.

“But, wait”, you say, “My dog did test positive for Cushing’s disease!  What do you make of this?”

The majority of laboratory tests in the world cannot distinguish between cortisol, its precursor (deoxycortisol), or mirror-image molecules (epi-cortisol). As molecules go, they’re all very similar. Consequently, they’re all identified as “cortisol” on most lab tests. There are only a few facilities in the world (for example the renowned Mayo Clinic) that have sufficiently sensitive tests to distinguish cortisol from deoxycortisol.

That’s probably more than you want to know. The bottom line is that most lab tests lump together cortisol and the “building blocks” of cortisol and identify them both as cortisol. This can produce an inaccurate result known as a false-positive. 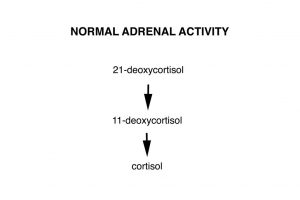 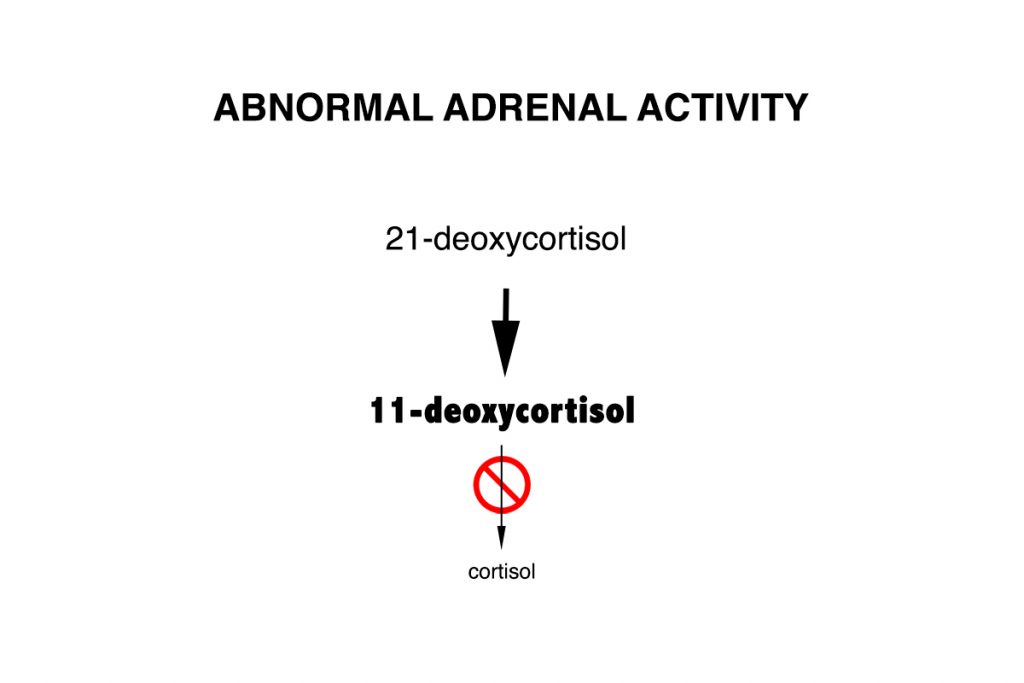 The Dangers of Cushing’s Treatments in SARD Dogs

Many articles online and veterinary handouts continue to erroneously link SARDS to Cushing’s disease. It’s amazing to see this idea still promoted when the statistics fail to bear it out.  Now I’m going to explain why it’s dangerous.

Elevated sex hormone steroids are caused by insufficient cortisol  levels. If this article is your introduction to my work, I realize how counter-intuitive this sounds. You can learn more here. 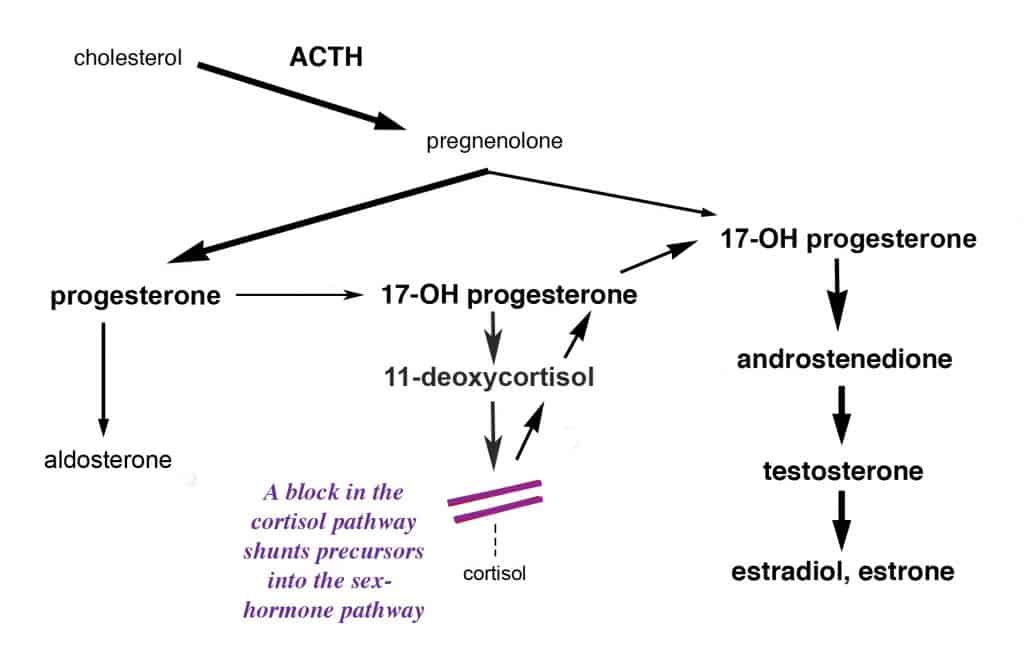 So in dogs with elevated sex hormones (and low cortisol) Cushing’s medications such as Trilostane and Lysodren can be very dangerous. These treatments destroy what little cortisol SARD dogs do produce.  This is why SARD dogs on traditional Cushing’s treatment often experience a life-threatening “crash”. As I’ve mentioned earlier, cortisol is necessary for life and insufficient cortisol can lead to death. Read more here.

Newer treatments such as melatonin and lignans do not address the underlying cortisol insufficiency. In fact, they further disrupt adrenal activity. According to the University of Tennessee Veterinary College, these treatments may reduce adrenal estrogen levels but also reduce cortisol levels. The underlying problem remains uncorrected.

Practitioners continue to assume that this is a problem of excess cortisol. It is not. The term “atypical Cushing’s disease” is counterproductive because “Cushing’s” implies that cortisol must be reduced. It does not. It’s just the opposite.

A more accurate term would be: “Elevated sex-hormones due to insufficient cortisol production.” Read more here. Perhaps, if veterinary medicine becomes sufficiently advanced, a lab assay will be developed to measure 11-Beta-hydroxylase type 1 levels — the enzyme that converts deoxycortisol to cortisol — or deoxycorticosterone levels as are measured in humans. And at that time, if my thesis is correct, this condition may earn the more accurate name of 11-Beta-hydroxylase Type 1 deficiency in dogs.

Since virtually all SARD dogs test positive for elevated adrenal sex hormones, and since elevated adrenal sex hormones are caused by low cortisol production, the natural conclusion is to supplement the low cortisol levels. Read more here. This is very different from the high, anti-inflammatory doses of prednisone that dogs typically receive. Read more here.

Prescribing low dose cortisol replacement for elevated adrenal sex hormones has been the standard of care for 65 years in human medicine.  It’s surprising to me that this treatment remains ignored by the veterinary community.

When the low cortisol production is supplemented, 95% of the SARDS cases I’ve followed demonstrate a correction in sex hormone levels. Read more here.

You can find more about the SARDS protocol here.  You will have the most luck securing treatment by approaching your general practice veterinarian.

If on the other hand, you pursue Cushing’s treatments for your SARD dog, please ask the veterinarian to also prescribe some emergency prednisone in case your dog experiences a “crash”.

If you own a dog who has not been diagnosed with SARDS, but instead has only been diagnosed with atypical Cushing’s disease, the above information may be even more valuable to you and your dog. You see, all SARD dogs demonstrate elevated adrenal sex hormones. By correcting the underlying cortisol deficiency now, you may prevent your dog from going blind!

I hope this information has been useful to you. I hope it helps your dog.
Best,
Caroline